When I moved to Los Angeles from New York in 1993 to get away from the cold, live at the beach

decided to start my own photography business.  I specialized in lifestyle, candid portraits of children

and families at the beach, playground or their homes.  I loved my new career even more than the first

frequently.  I built a photography business not only in LA but in several cities on the east coast & in

the mid-west as well. Along the way I added another passion of mine and became a children’s soccer

coach, which led me to my next discovery children’s yoga.  I began my personal yoga practice in

2000 as I discovered it helped me with many emotional life challenges.  I had no idea how it worked

but I knew that I felt better when I practiced.  I participated in a few children’s yoga teacher trainings as I found that as much as I LOVED teaching soccer to preschoolers,

I was feeling worn out & felt that it was time for change.  In 2008, I experienced the loss of my brother, Jeffrey, which moved my practice to a deeper level.  In response

to this loss, I felt an inner calling to spend as much time as possible teaching yoga to children.  He loved children and I felt by working with children and teaching them

self-confidence and body awareness in a fun, nurturing non-competitive environment that I was more connected to him.   I also thought how amazing it would have been

I was one of the healthiest people I knew.  I exercised, ate healthy, no alcohol, smoking, etc.  I was a kids’ yoga instructor for God’s sake!  Through journaling I found moments of peace knowing deeply that there must be a reason and that if I was patient enough it would be revealed.    In April 2011, I had a lumpectomy and found out that it was Stage 1 and a slow growing tumor that would best be treated by radiation and Tamoxifen. I realized that I needed some other healing modalities so I googled “yoga and breast cancer” and came across a yoga retreat for Women Cancer Survivors that has since given my life new meaning & purpose.  I attended the retreat one month after my surgery and although I was still in shock and disbelief about my cancer I somehow came

up with the idea that perhaps teaching survivors/thrivers was the next step in my life.

I found out that the teacher, Tari Prinster and 10-year survivor, held trainings on the east coast.

In addition to completing the yoga for cancer training, I returned to school and received my

Yoga Therapy 800 hour certification from Loyola Marymount University over the next 3 years.

None of this was ever in my game plan but neither was cancer.   I am a Yoga Therapist, currently

Los Angeles.  I am also now one of the teachers for The Foundation for Living Beauty, the

organization that provided me with an amazing retreat when I needed it.  They offer free

retreats and a variety of yoga and other classes for women going through cancer.  On one of

and decided to enroll in that certification program as well and am now TRE® Provider.  This

modality is a wonderful compliment to yoga therapy, as it empowers individuals to discover their own healing abilities.  I have never found my life to be so fulfilled and rewarding.  I am grateful that I was open to the possibility that there was a reason for my diagnosis and that I was able to find it quickly.  So grateful for each day that I wake-up and continue to heal and keep my body, mind, spirit healthy & that I am able share the healing gifts that were given to me with those who come into my life. 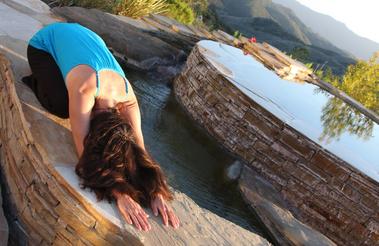 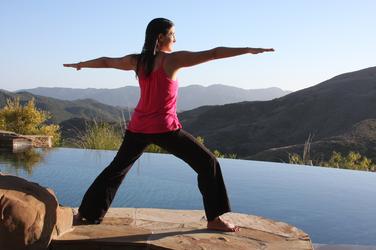 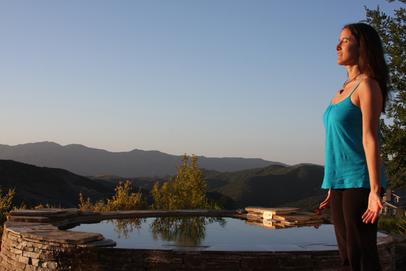